The definitive pop-culture magazine of the 2000’s 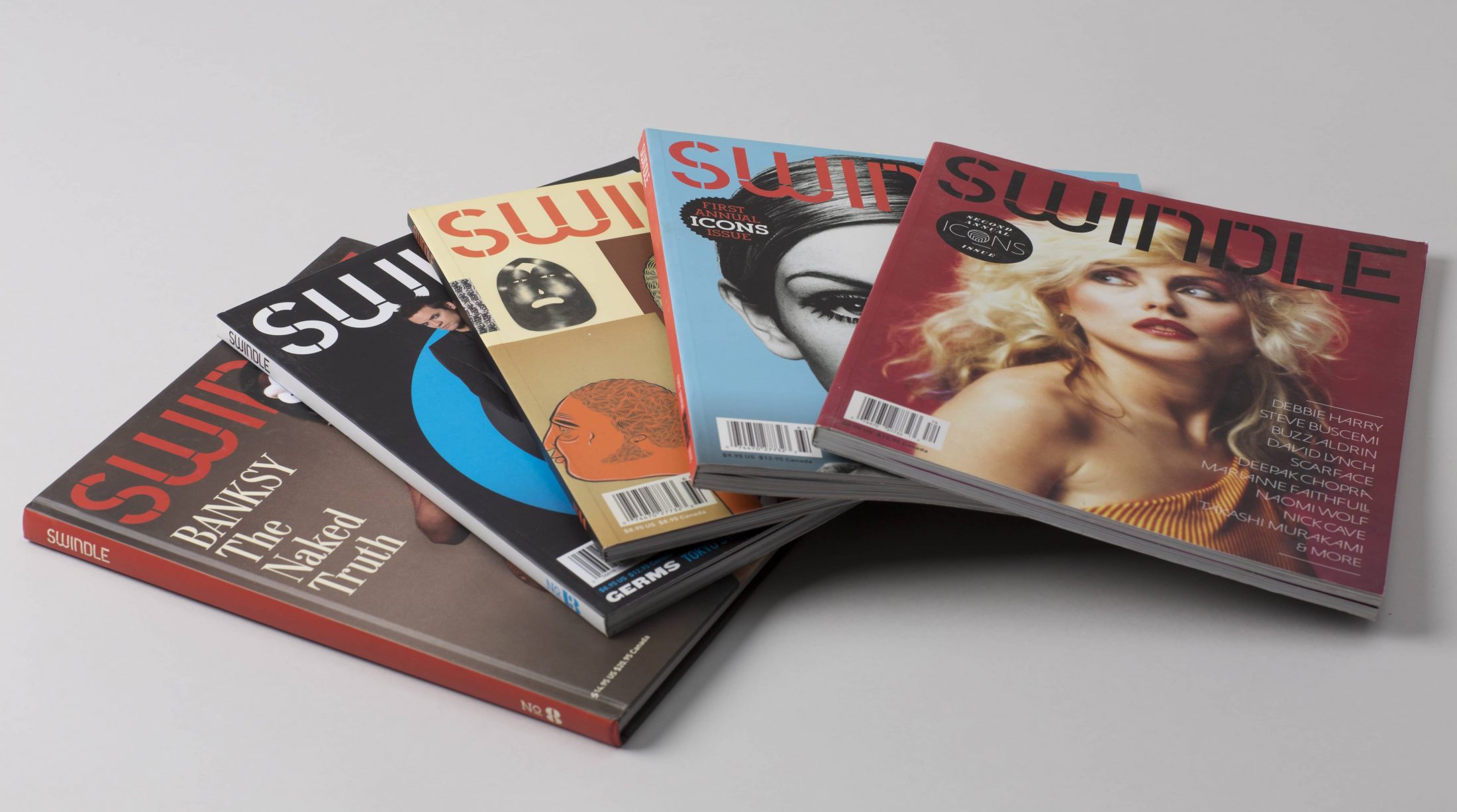 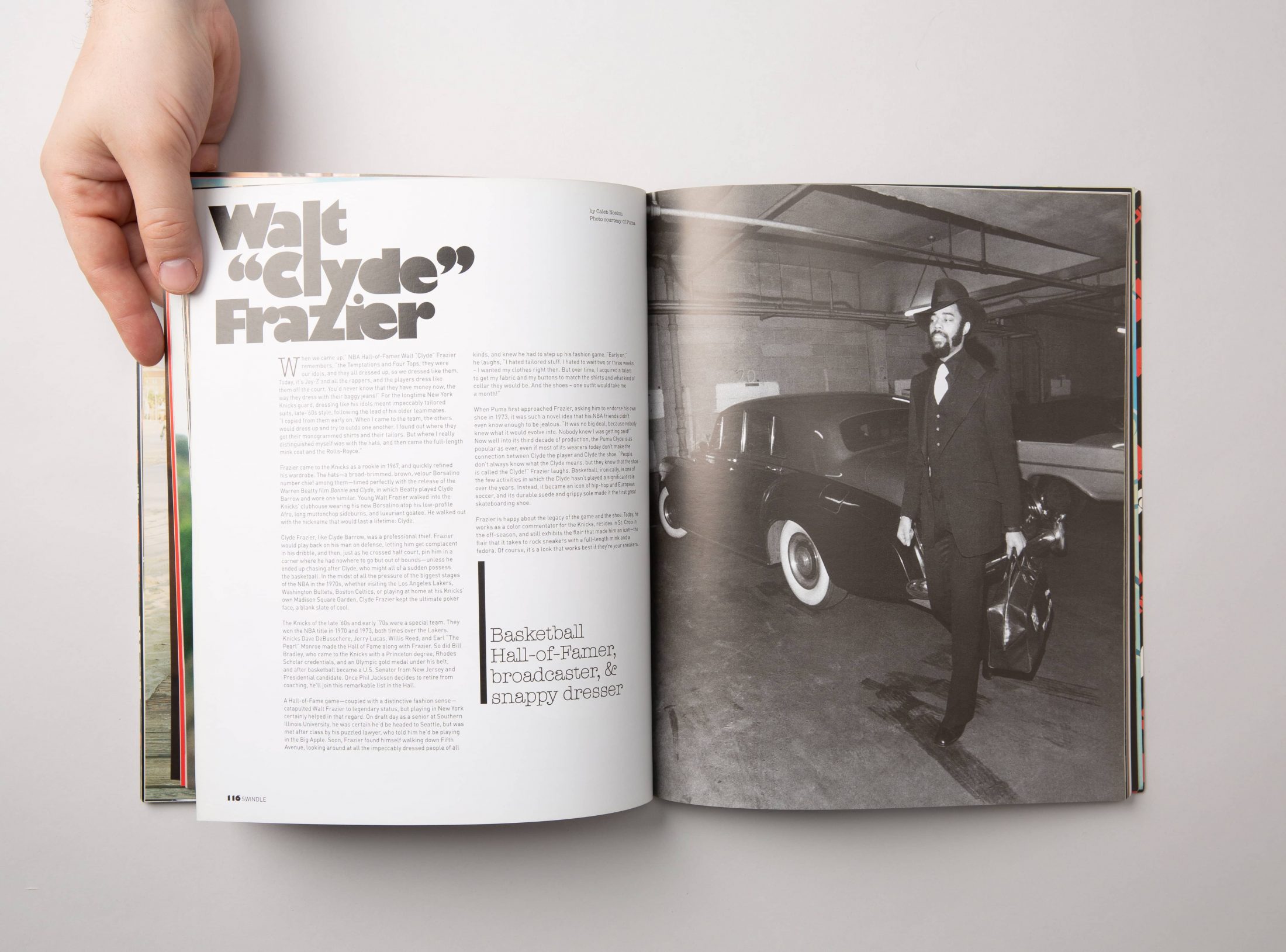 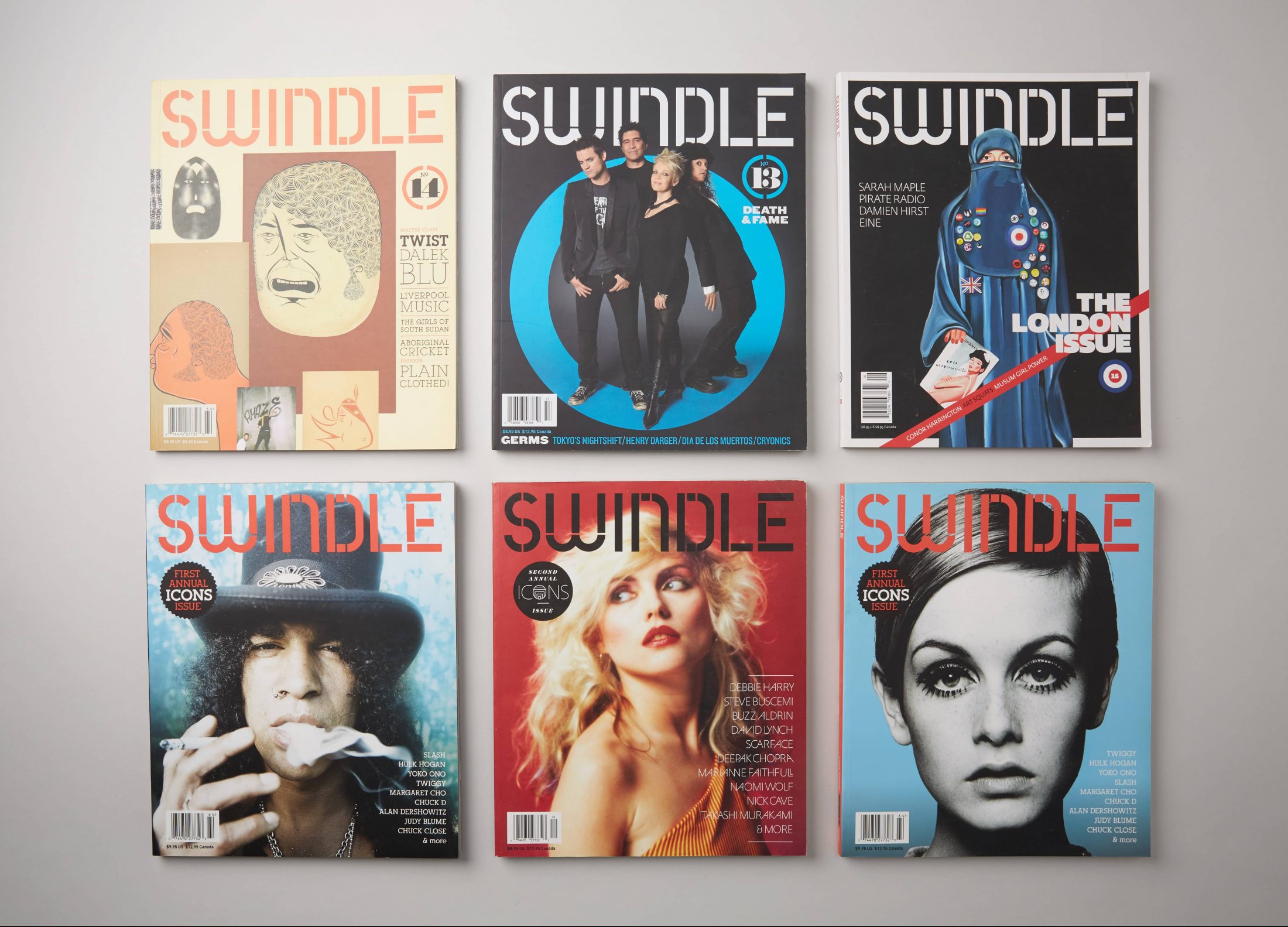 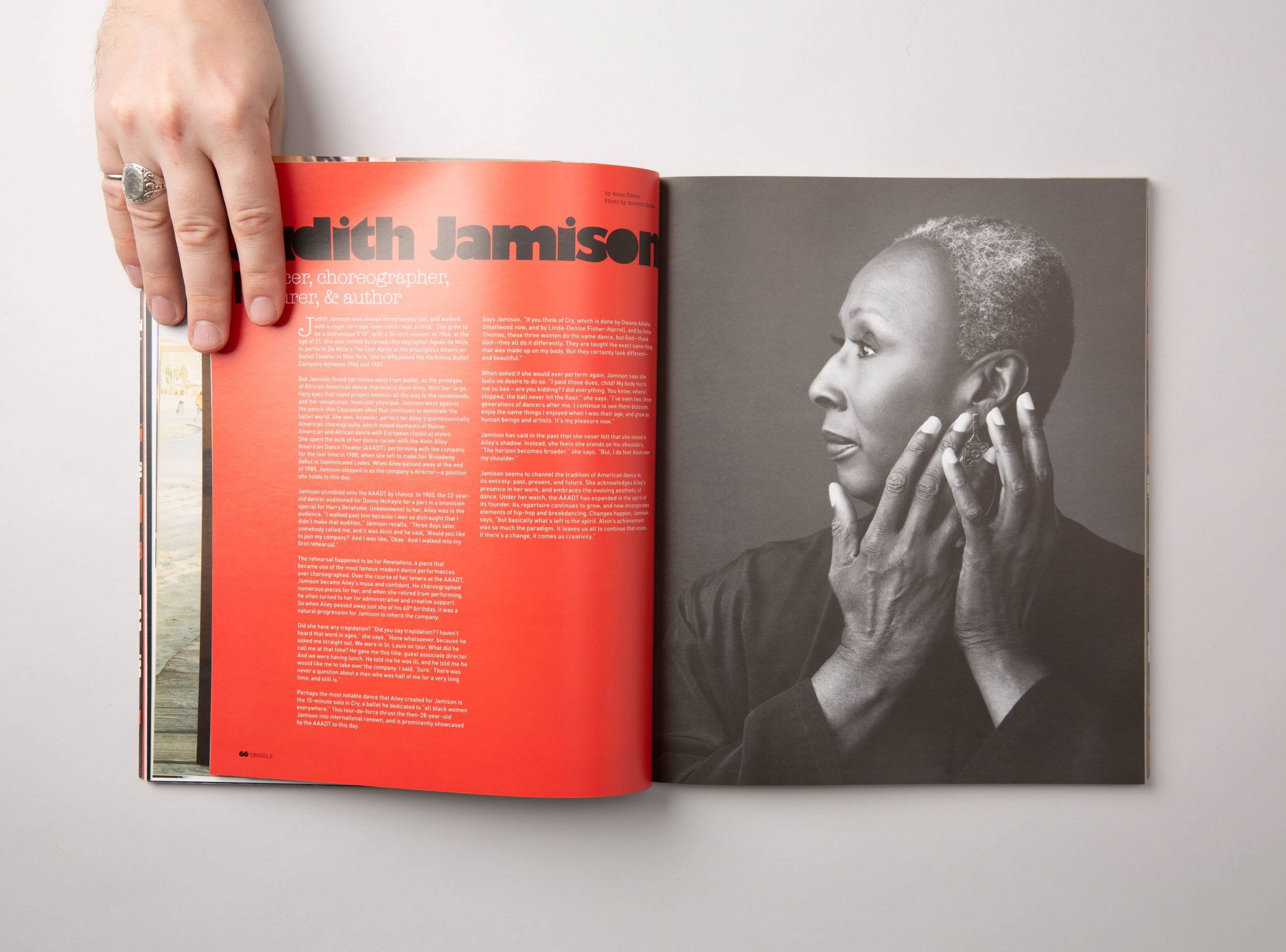 Swindle was an internationally distributed and groundbreaking pop culture and lifestyle publication founded by Roger Gastman and Shepard Fairey in 2004. It blended aesthetic sophistication with intellectual appeal to create a timeless magazine that influenced culture rather than just report on it. Swindle elevated art, design and fashion by featuring it alongside socially conscious news stories from around the world. It created discourse between indie pop culture and the mainstream, always honoring the historical context of its subjects with cutting-edge design. 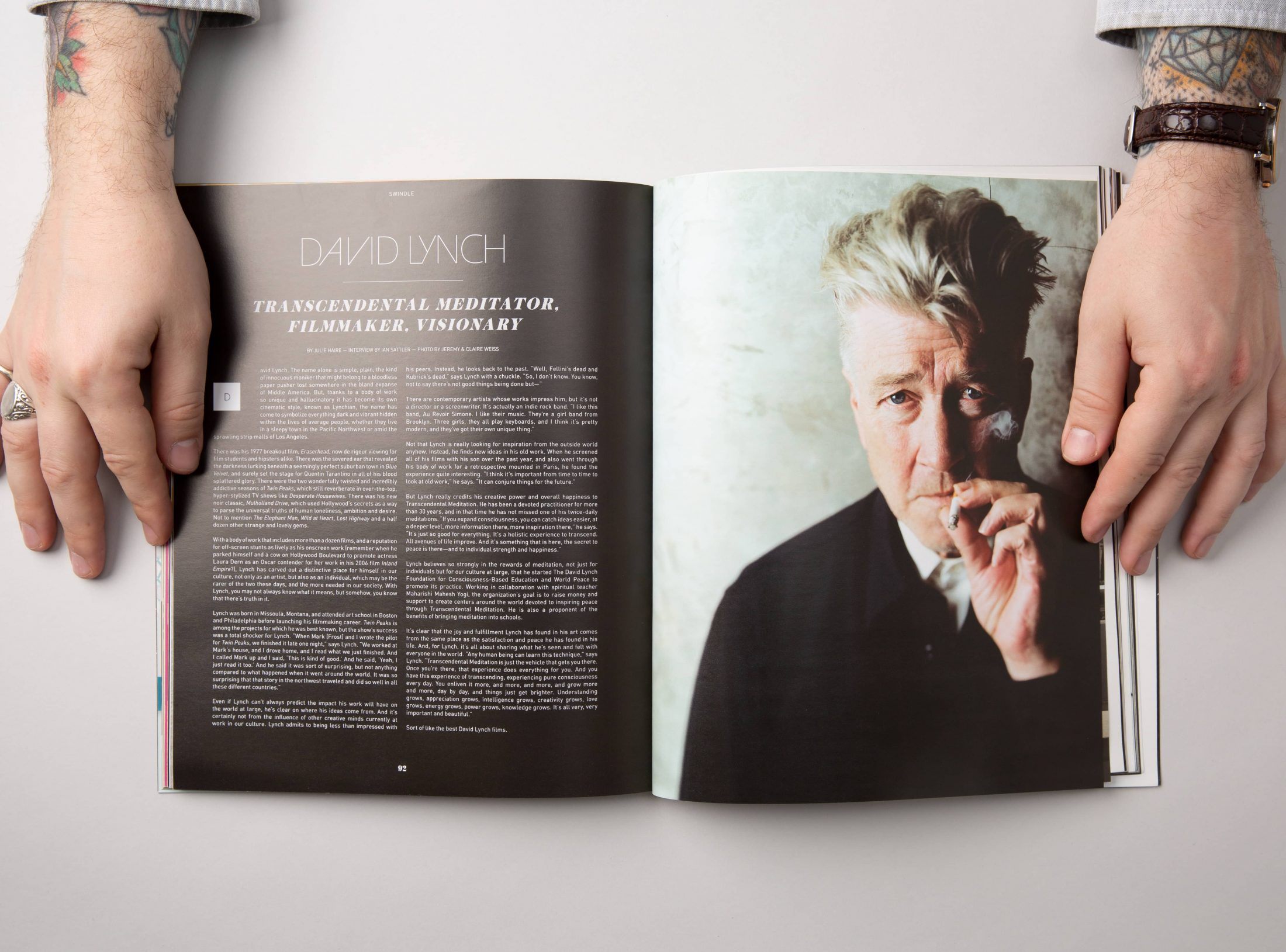 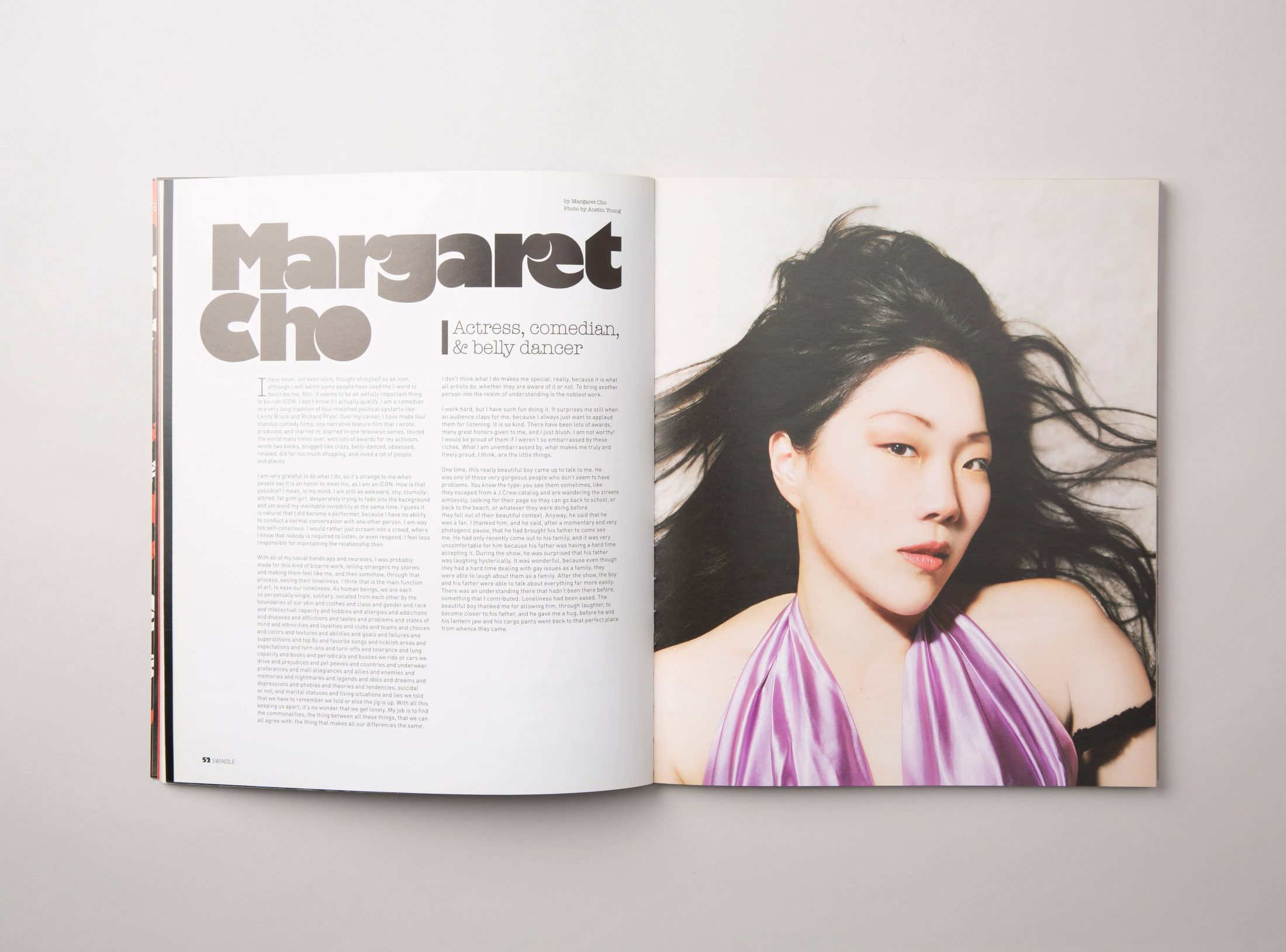 In 2004 I was hired as art director for the magazine. I was young, and it was the biggest project that I had worked on at that point, and one that certainly would have the widest audience and exposure. The Swindle team also had a distributed workflow before that was a common practice–for the first two years, I worked in Philadelphia while the rest of the magazine was made in Los Angeles. So many hours spent burning DVDs with the final artwork to send to the printer!  I cannot overemphasize how much I learned throughout those four years during which I art directed over twenty issues of Swindle.

The magazine was lengthy, almost always over 160 pages, and we released both soft and hardcover editions of each issue. We covered artists, scientists, musicians, theorists, writers–people like Damien Hirst, Billy Idol, Barbra Kruger, Steven Pinker, Banksy, and Tyra Banks. There was no limit to who and what Swindle would investigate. Besides being able to work with some great people and all of the amazing artists and talents we featured, I was able to gain invaluable experience into the business side of the publishing world. I learned how to plan a publication schedule, work with advertisers, collaborate with illustrators and photographers, brainstorm ideas with our fashion editor Claw and managing editor Anne Keehn, and most importantly how to make sure it all got done on time. 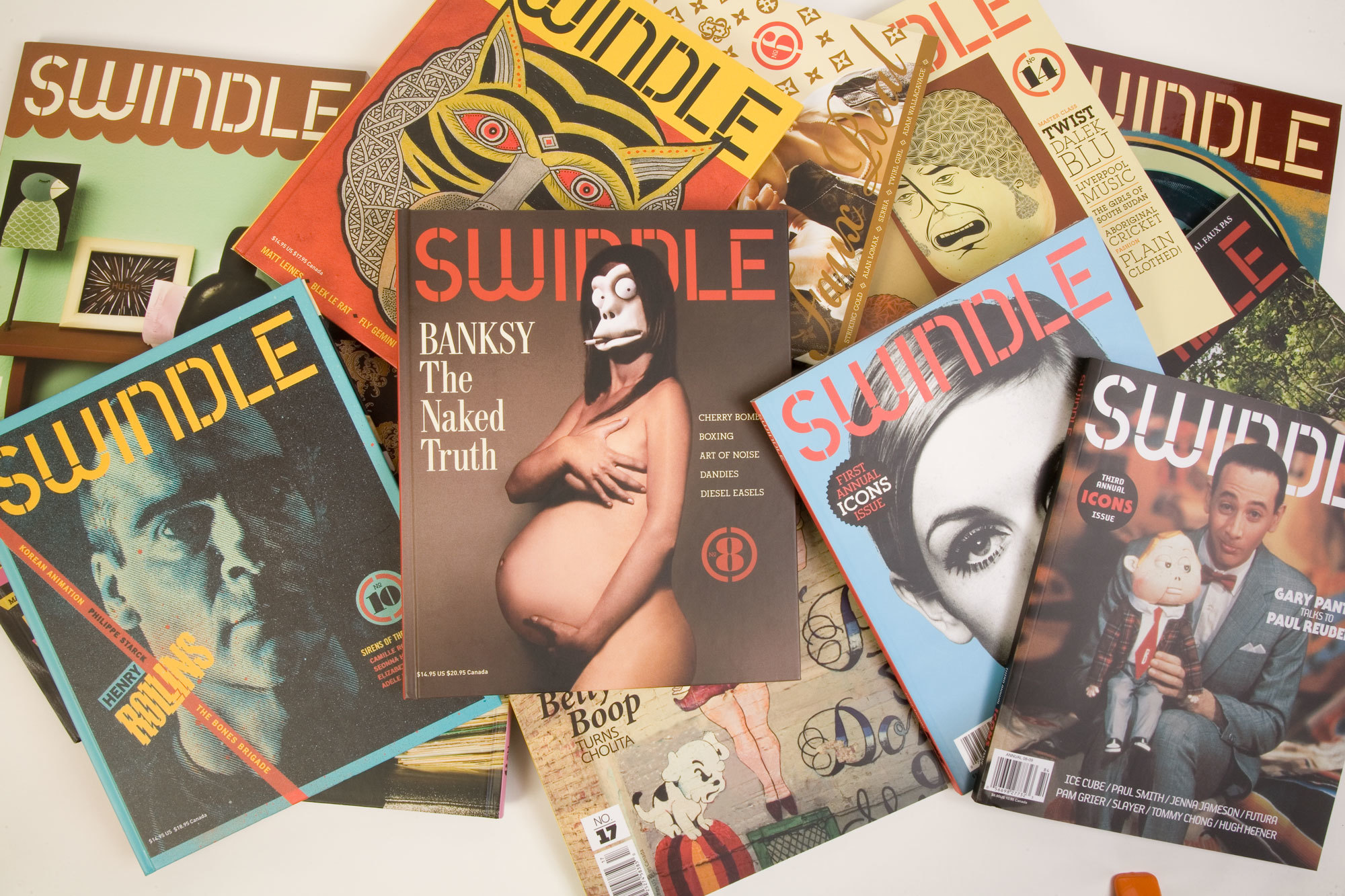 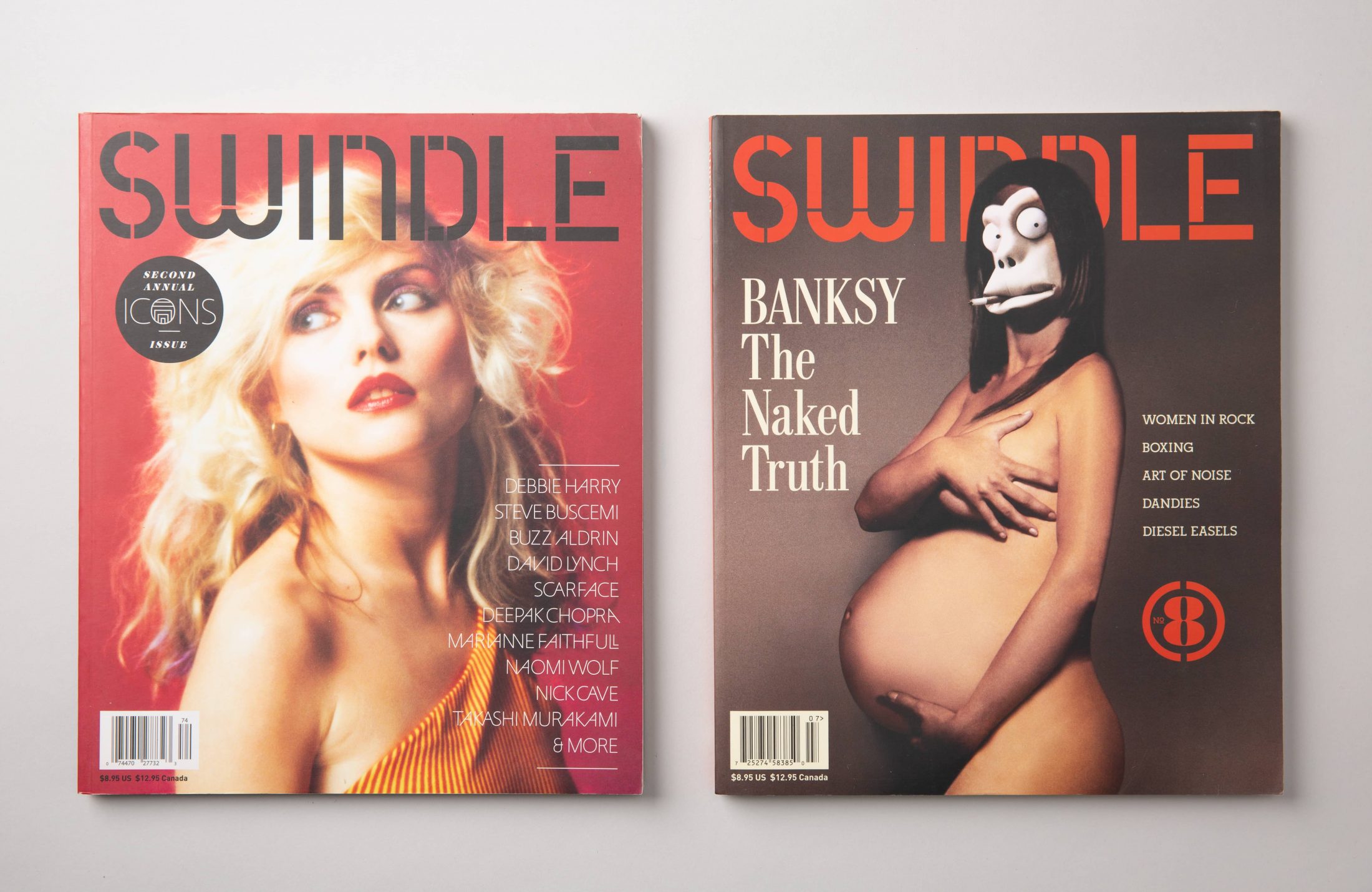 We were ambitious and each issue was a challenge. Large publications, especially ones that come out frequently, are always the effort of a team, and never the result of a single individuals work. It’s a near endless amount of work to put together a magazine, no one person could do it anyway, and I am proud to say that all the people involved with Swindle were incredibly talented, and they all played a role in my development as a designer and art director. I’ll always be grateful for those long days in Los Angeles, going over final edits with Anne, or checking color proofs with Roger and Leon. 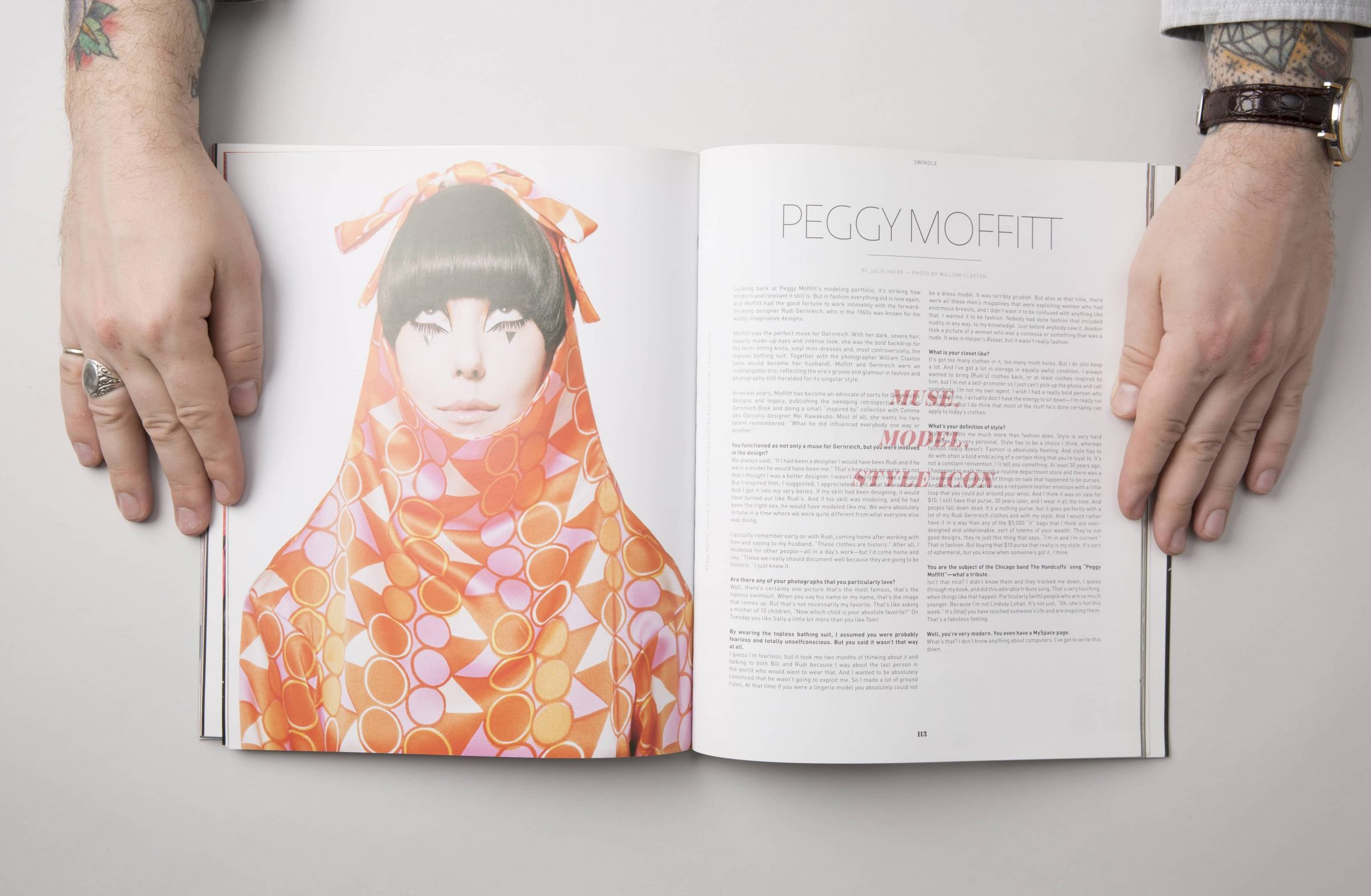 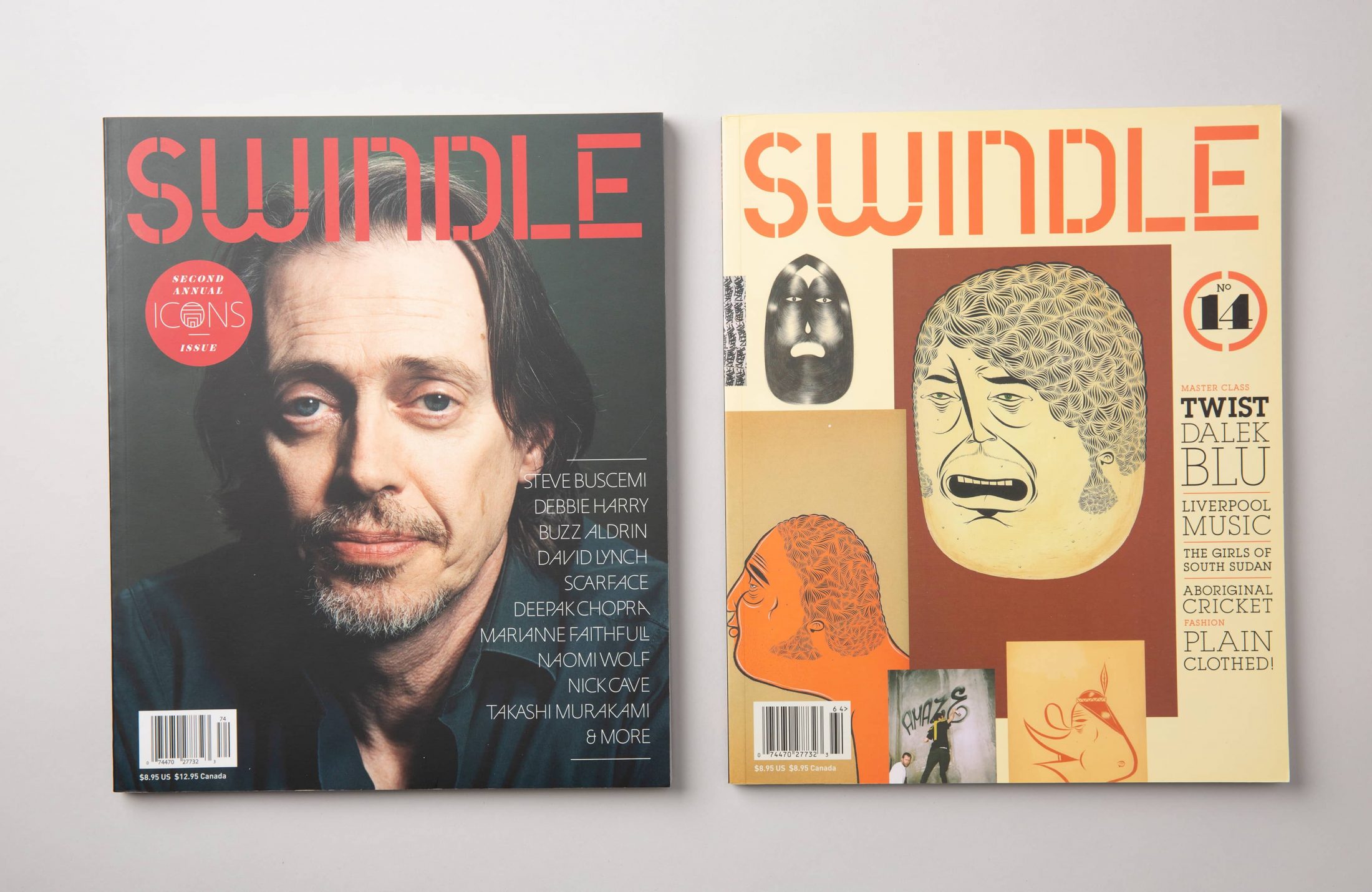