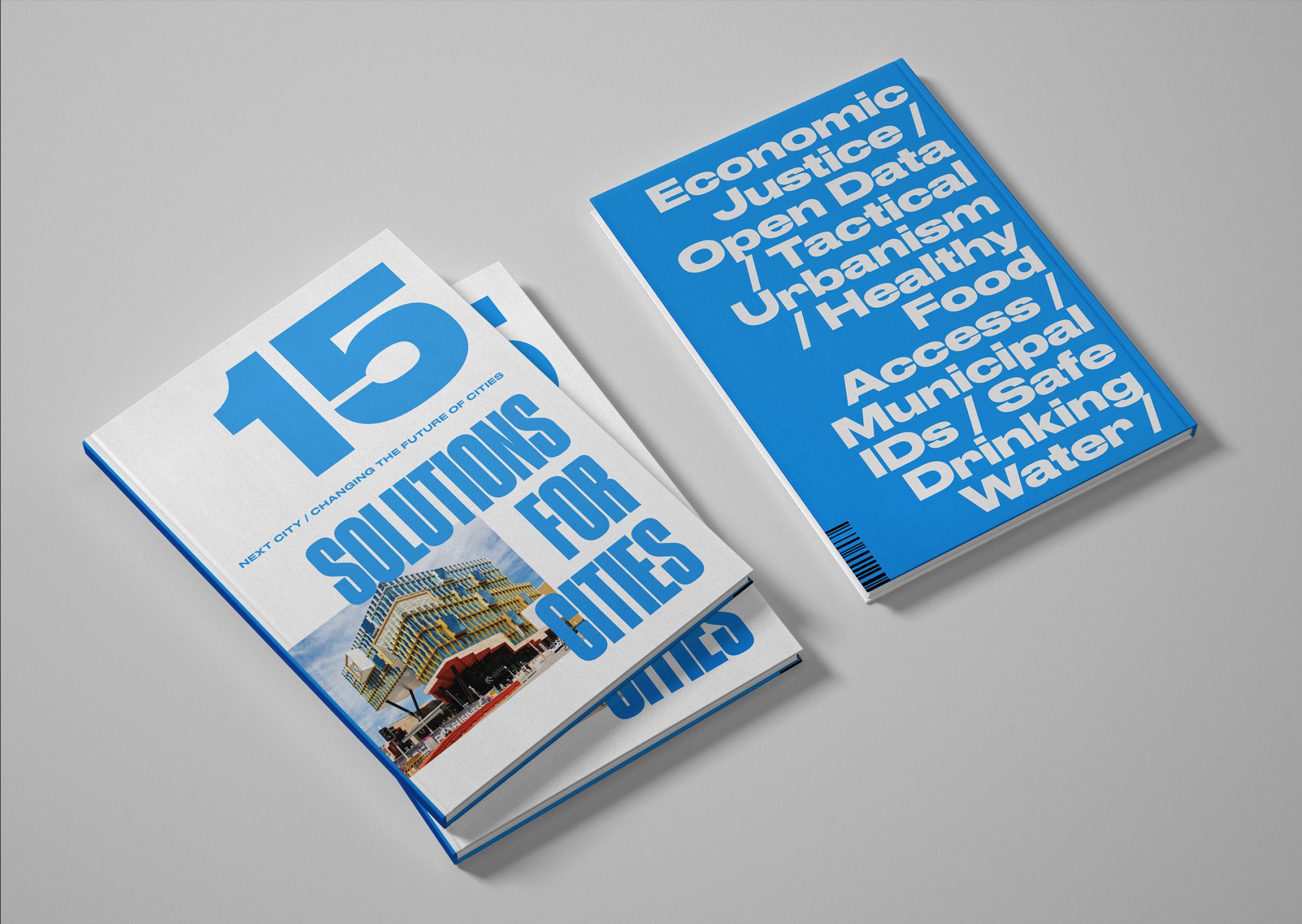 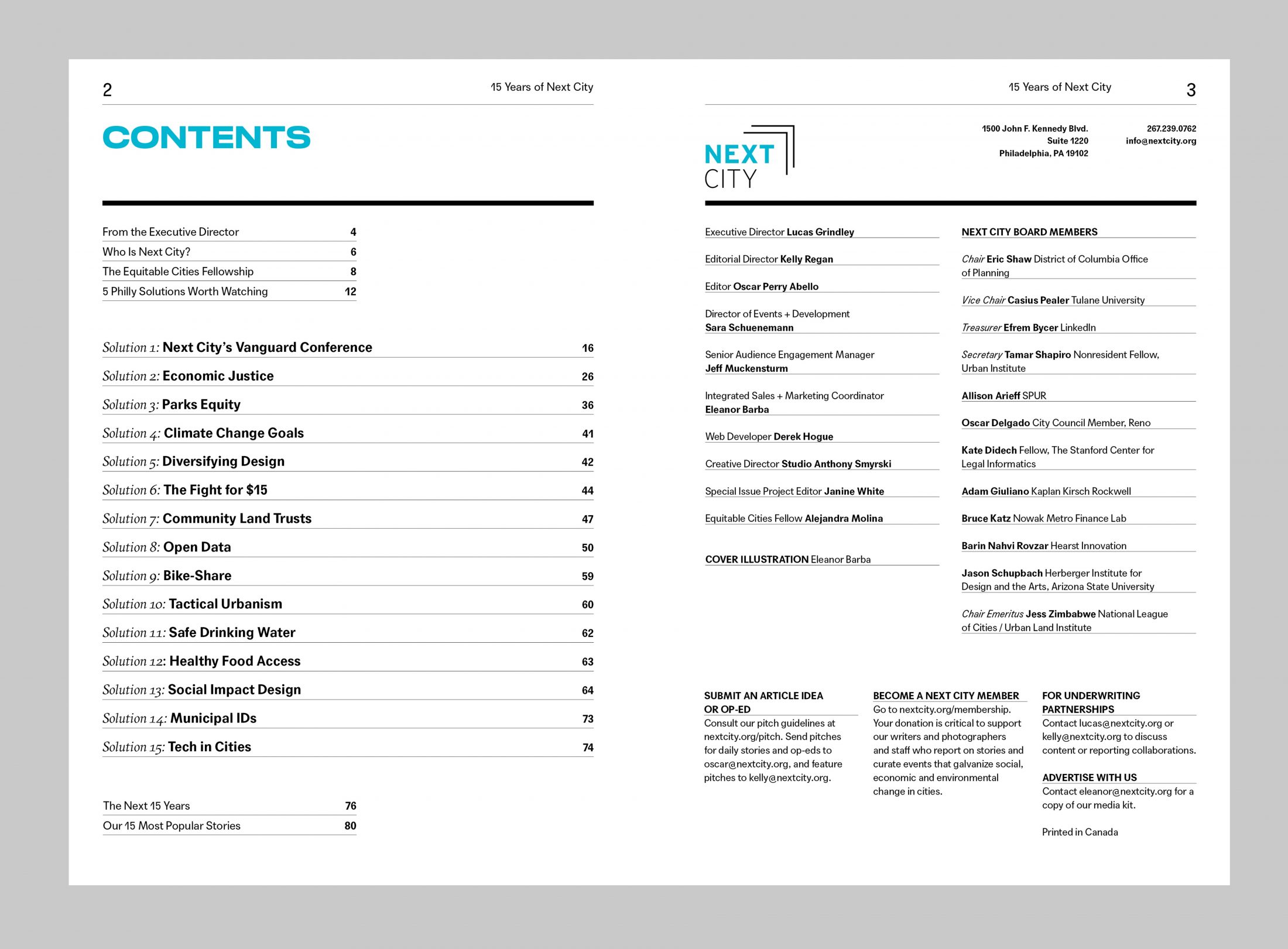 In 2003, three pioneering Yale grads—Adam Gordon, Seth A. Brown, and Anika Singh Lemar—looked around for media coverage of cities and found it sorely lacking. They decided to do something, and with help from a network of volunteers, they founded a magazine originally called The Next American City.

In 2007 I was hired as the Creative Director for the organization. You can read more about my experience and the changes and challenges that the Next City team went through here. 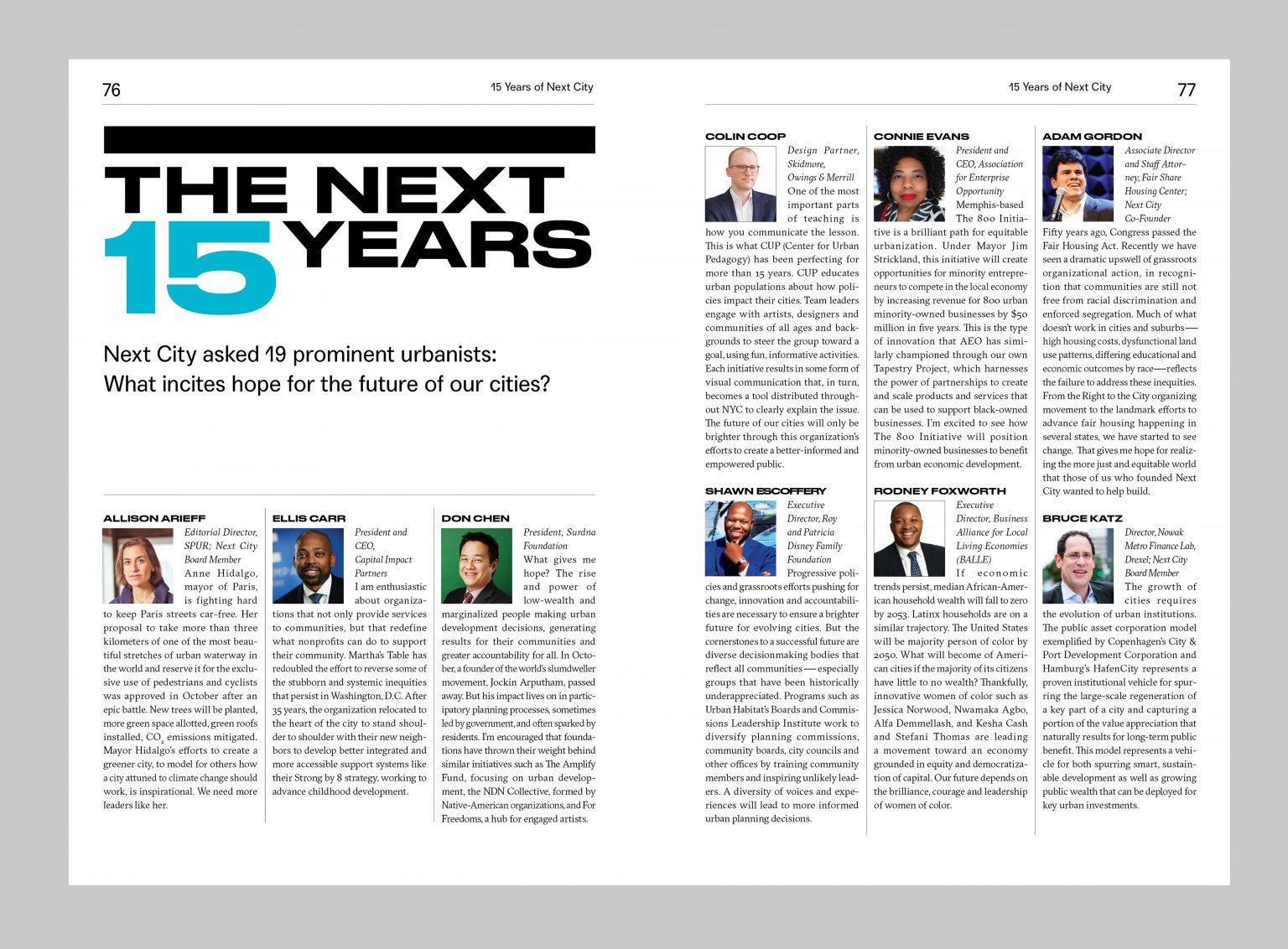 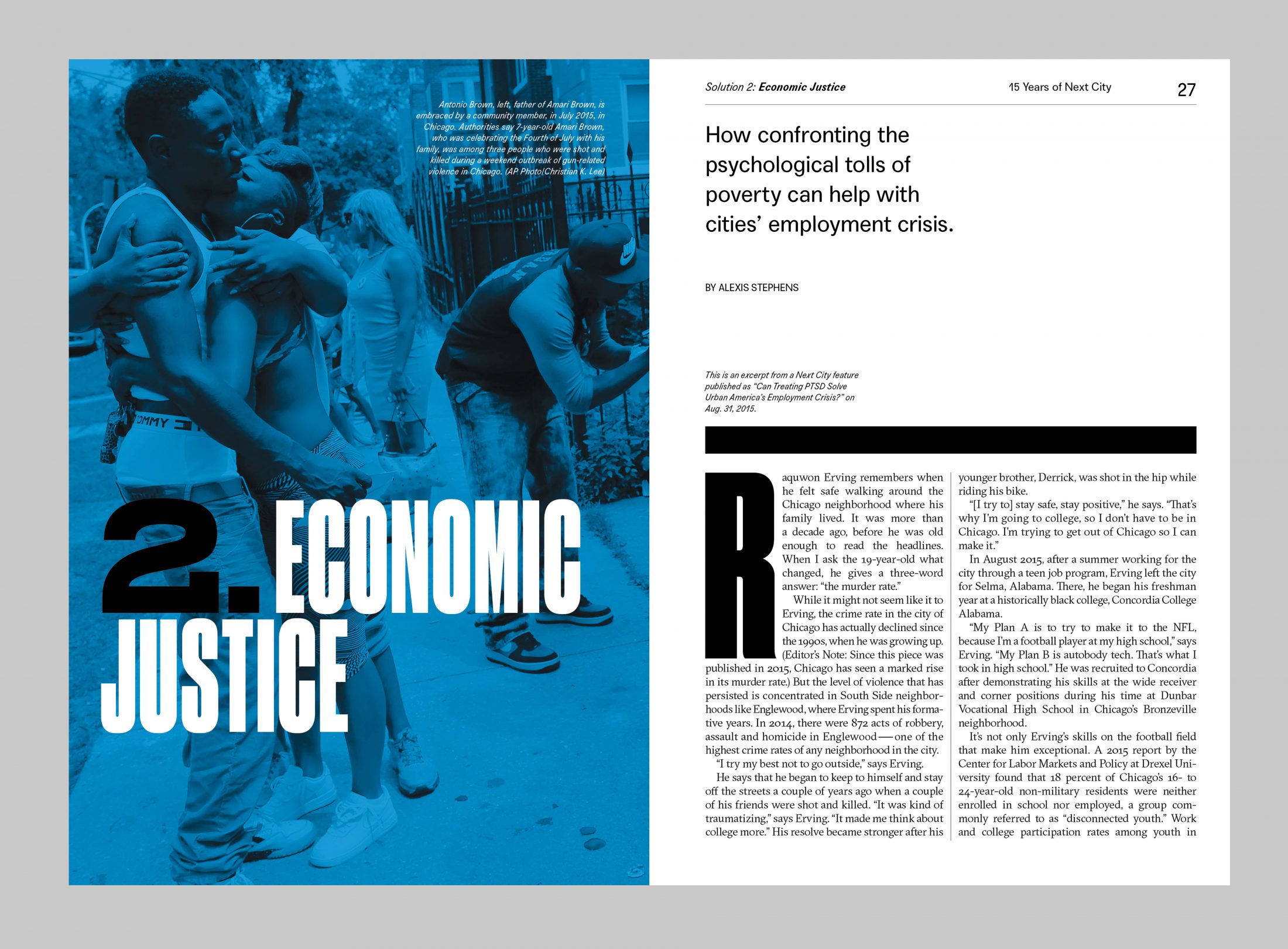 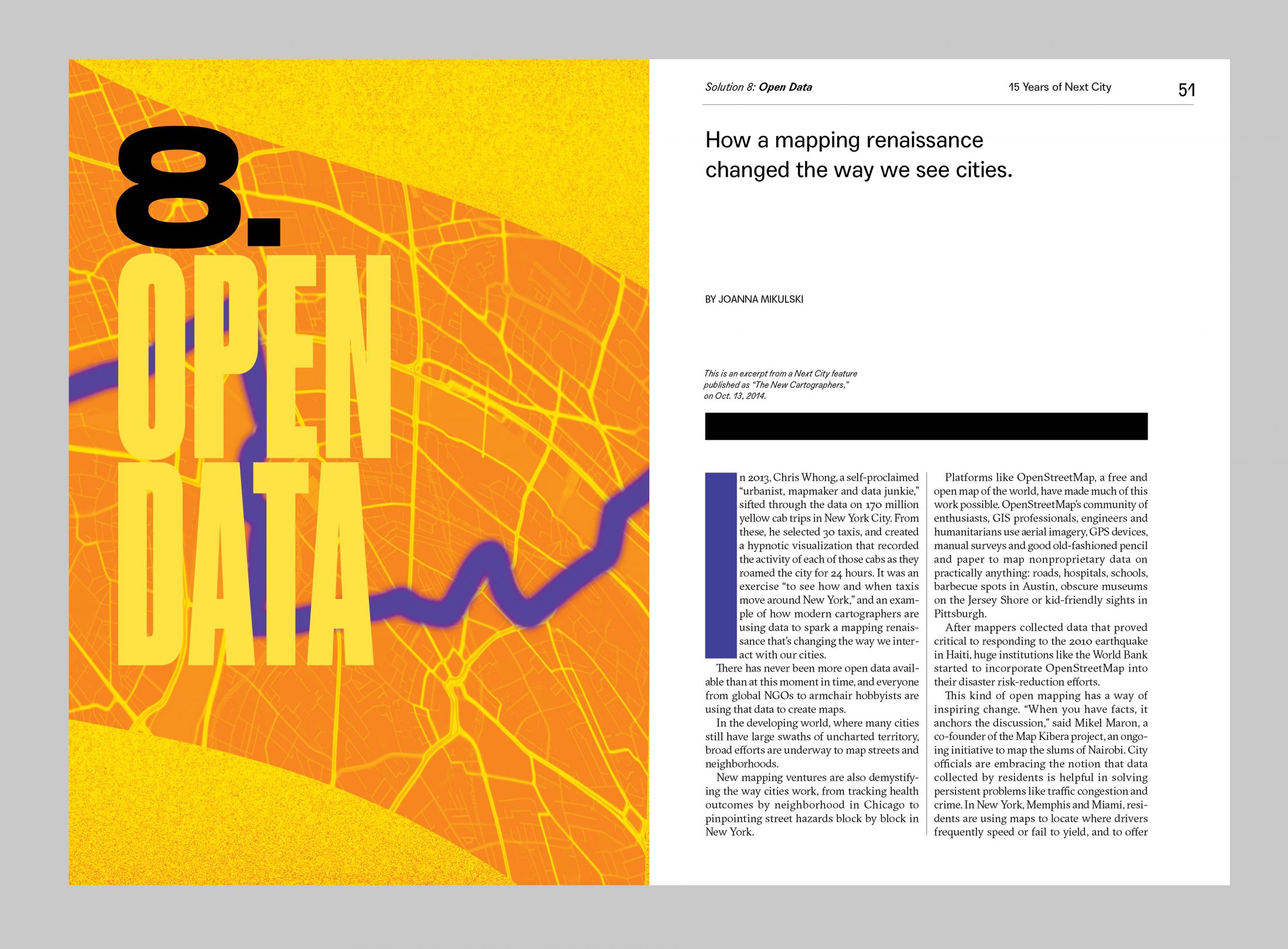 Taking all of that experience into account, I was very pleased to see the Next City reach maturity at fifteen years. If you read the link, you’ll see it wasn’t a linear path. We’d even change the name of the magazine from The Next American City to Next City to better reflect the global perspective that the magazine held. 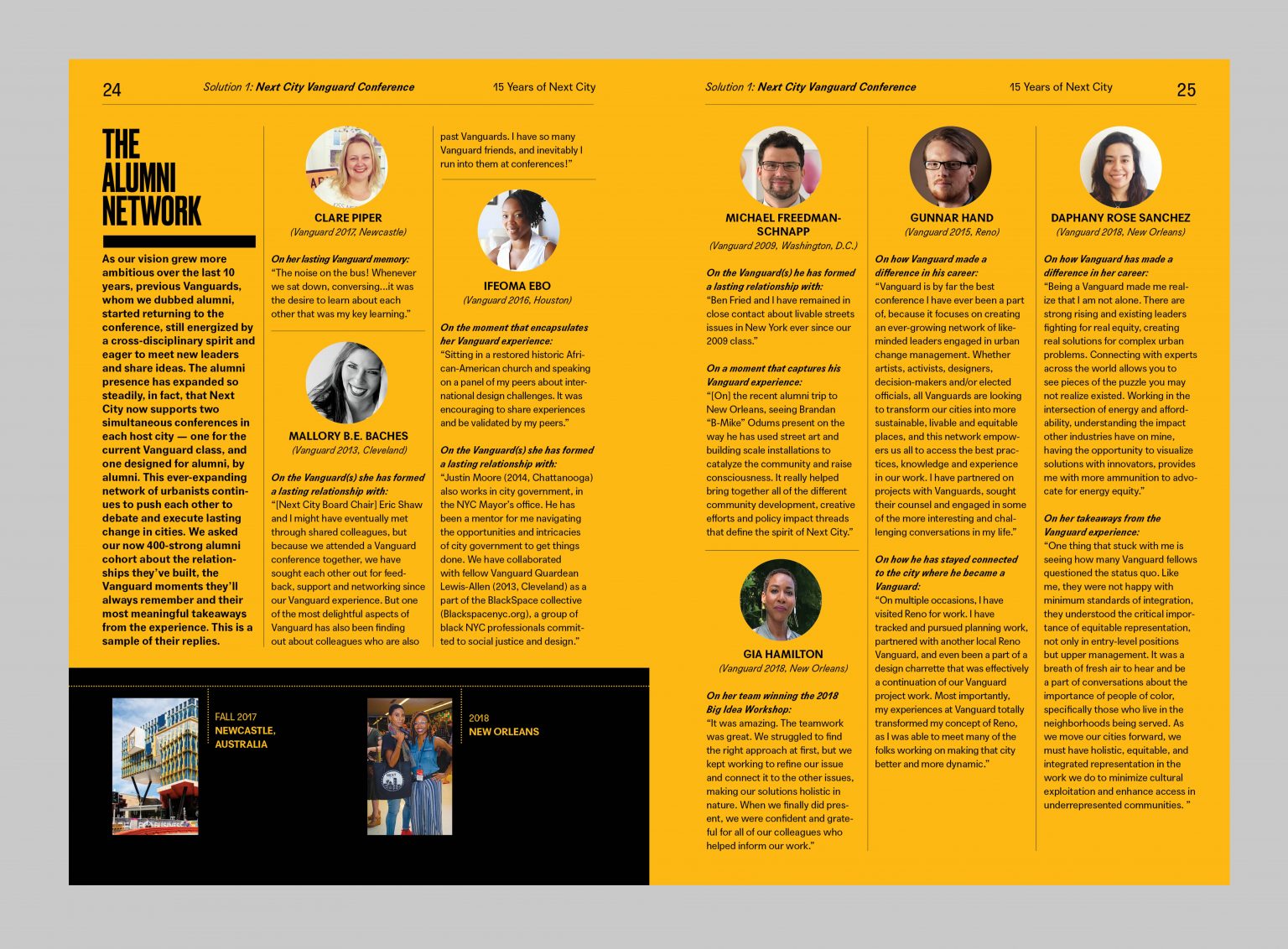 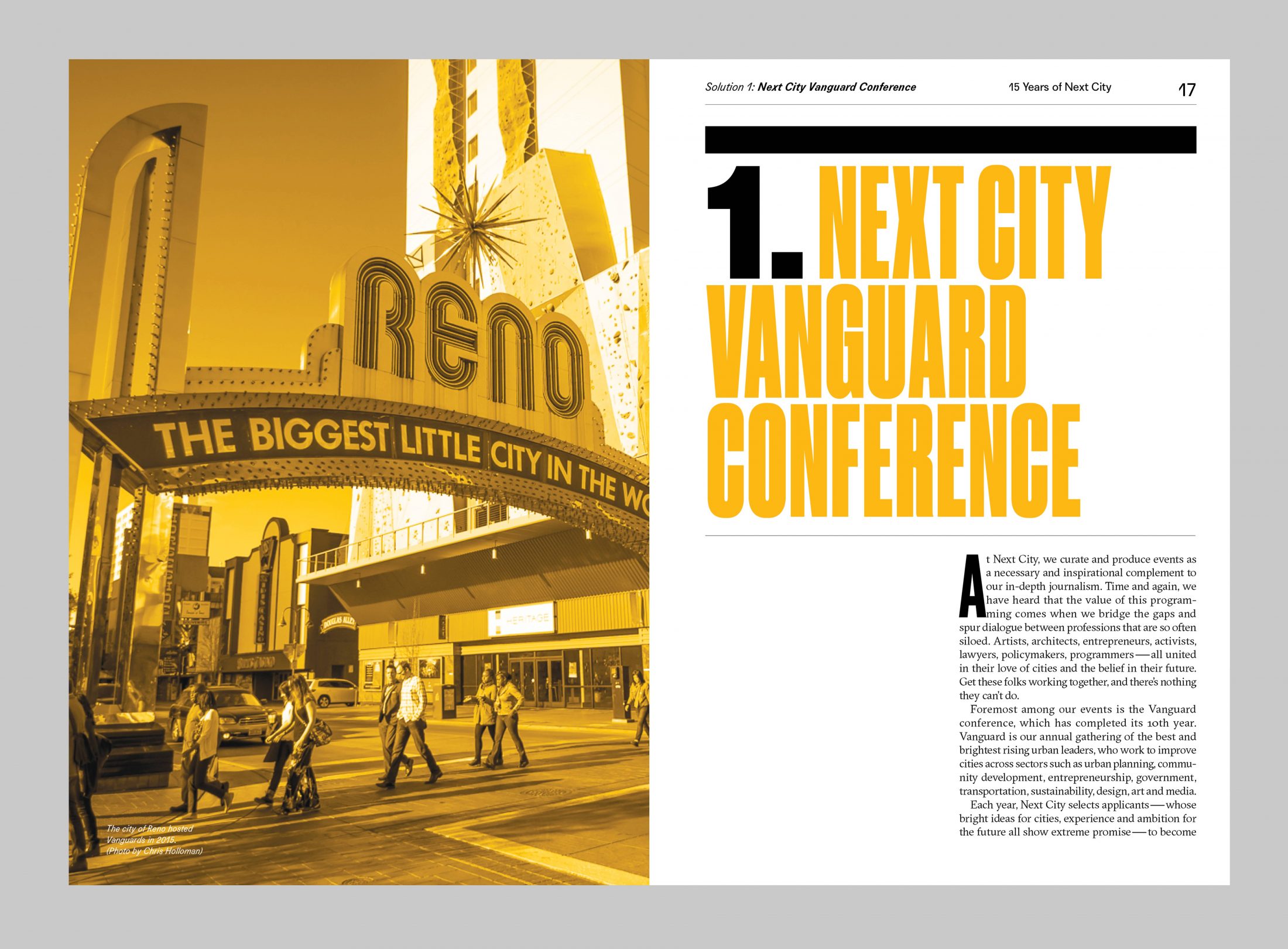 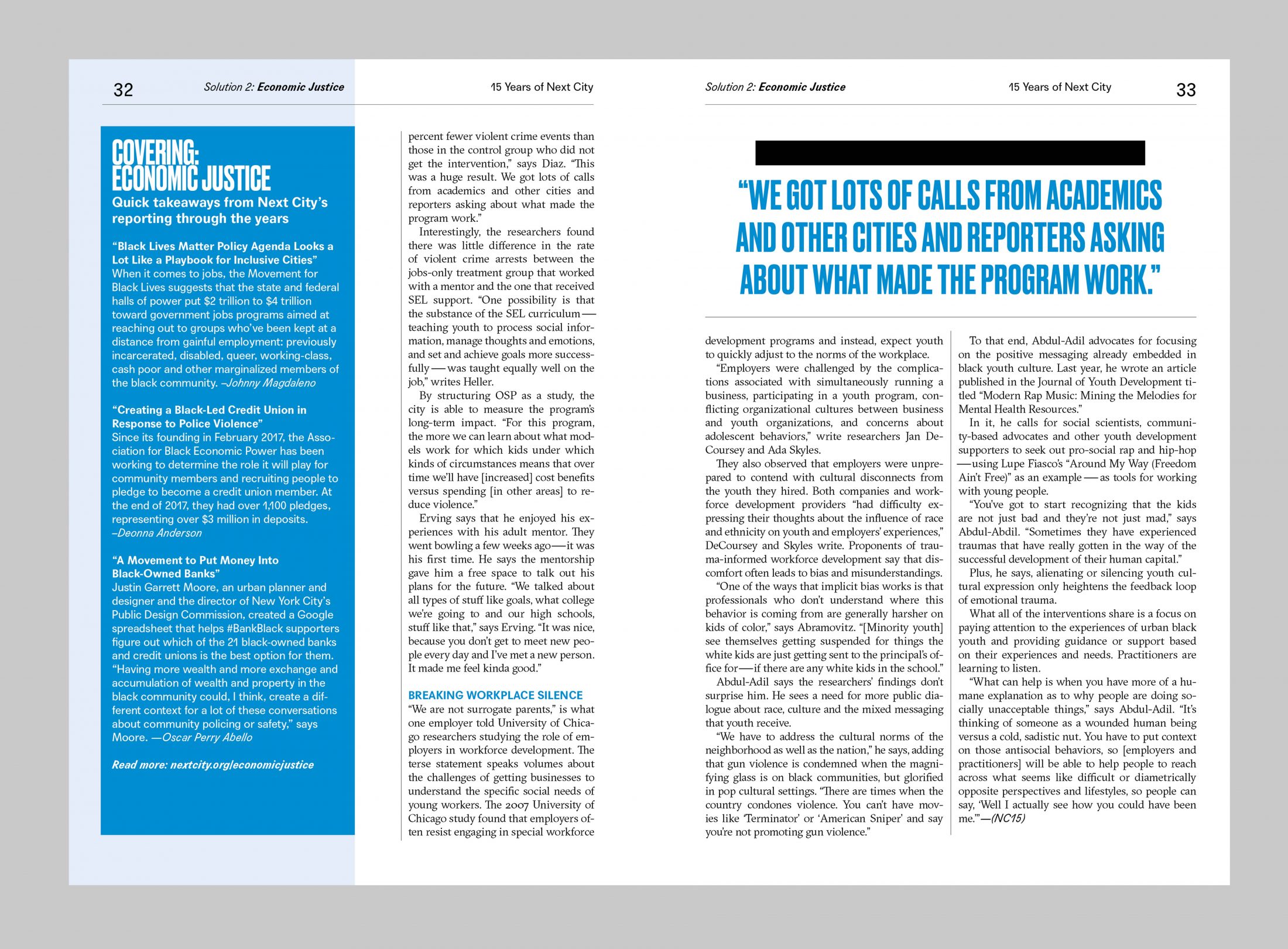 For this special issue of Next City, the first print issue we would do in close to five years, we decided to look to the future. We developed a series of fifteen future oriented solutions for cities that would motivate and inform those doing the work of social, economic and environmental change in urban centers around the world. The layout and design of the issue reflect the hopeful and forward thinking nature of each article, and set the tone for the next 15 years of Next City. 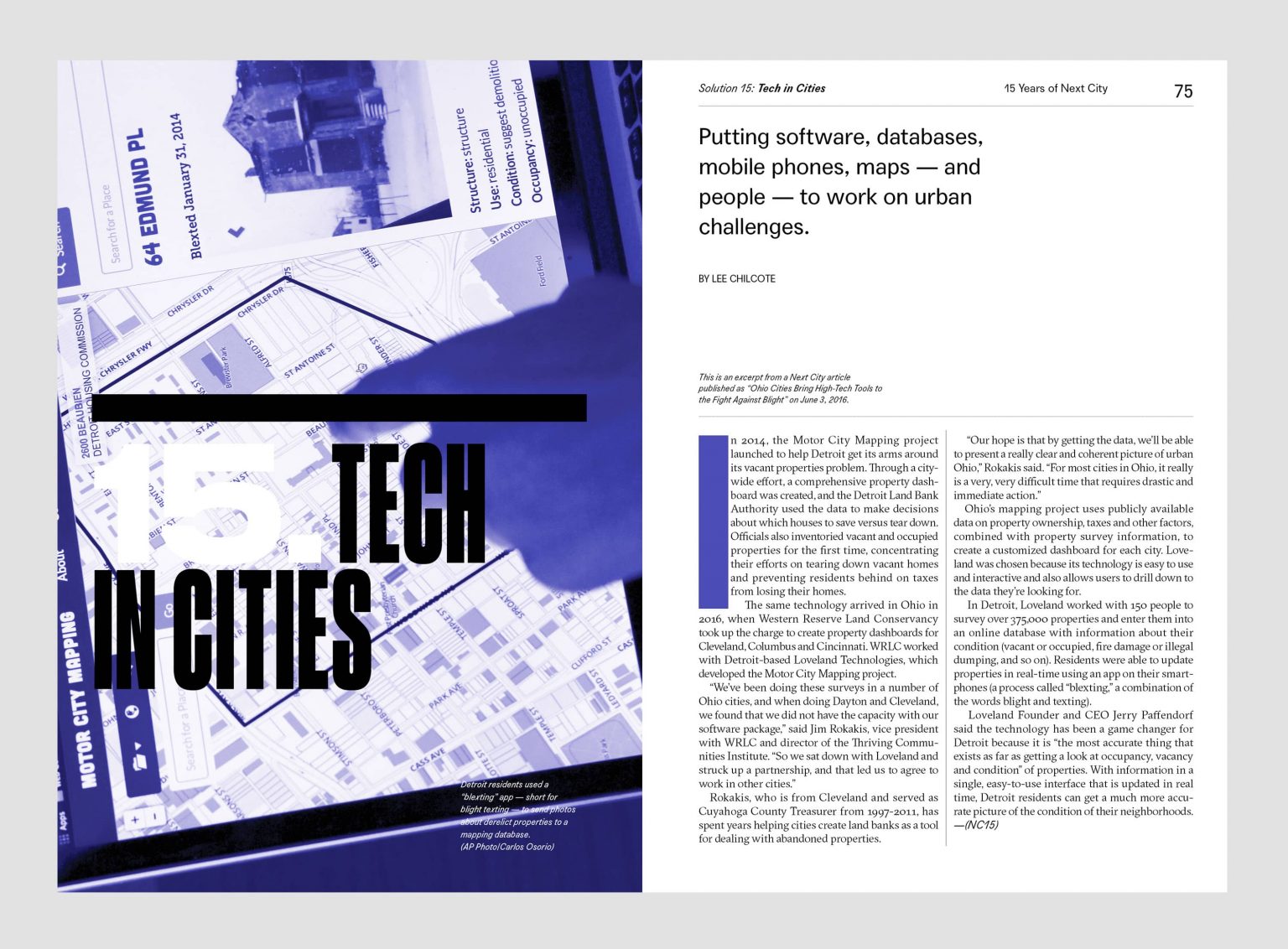 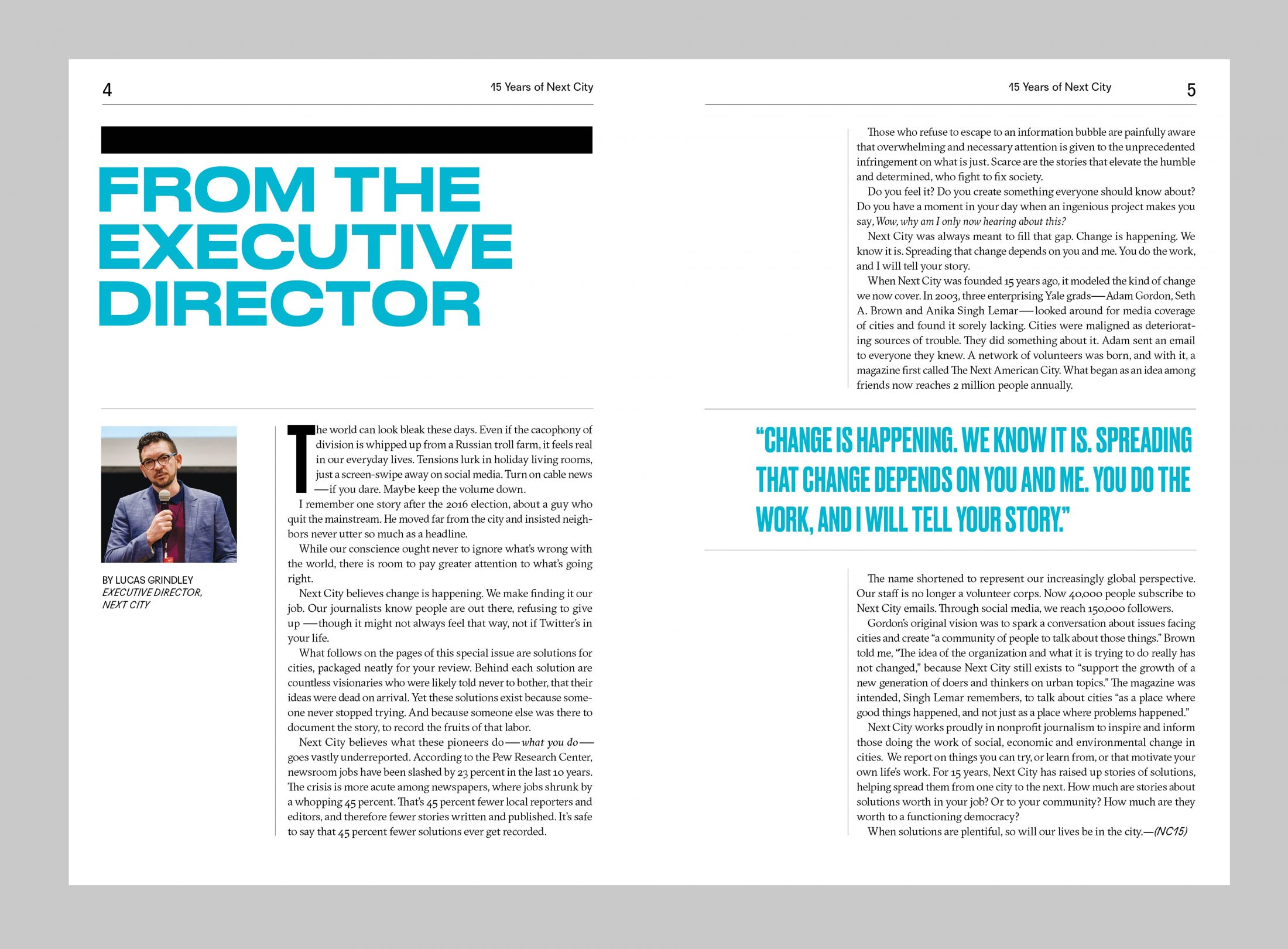